Riding along the Berlin Wall on a guided bike tour

It was far more than just a wall, it was a symbol of the misery, and the most visible sign of the struggle between two systems. With our guided bike tour you can discover the Berlin Wall.

For almost 30 years, this 160-kilometer-long, so-called “death strip” cut through the city and the lives of its people. Few families remained untouched by the division of the city; parents separated from their children, lovers who wound up on the “wrong” side of the Berlin Wall or young people who wanted to escape the restrictions of the GDR and risked their lives trying to get over the Wall.

The stories around the Berlin Wall and the East German secret police (Stasi) are many. Some of our guides have experienced them first hand; from the funny, to the tragic, to the unbelievably absurd. Along the 15 kilometers between Bornholmer Straße and the government district, our bike tour follows the obvious as well as the hidden remnants of the “Anti-Fascist Protection Rampart”. The Berlin Wall bike tour takes you to border checkpoints, like Checkpoint Charlie and places like Mauerpark, where a section of the so-called “death strip” has been transformed into a vibrant part of the new Berlin. You’ll also visit the official Berlin Wall Memorial Museum area on Bernauer Straße where the last remaining, totally intact, portion of the Berlin Wall and a guard tower can be seen.

We’ll delve into the political dimensions, the background circumstances and, above all, the human element in the everyday madness of life in a divided city, right where it happened. Kids along for the ride? No problem! Our competent bike guides break it down so that even generation Facebook will understand.

What actually happens in bad weather?

Berlin’s weather is much better than its reputation. Should it still rain, we provide rain capes, offer a walking tour as a “wall tour by bike” alternative or arrange another appointment at short notice with you. And if the weather really doesn’t allow any outdoor activities, you can cancel the tour for free – so you don’t take any risks when booking.

Cycle a bit, then listen for ten minutes and sometimes ask questions, and on we go to the next exciting place. Our guided bike tours are ideal for schoolchildren and teachers in particular to experience the Berlin way of life and German history up close. Most of our guides have many years of experience in supervising school groups and we attach great importance to an exciting presentation. They adapt to the previous knowledge of your group and the wishes of the teachers and thus involve the students in the guided tour.

So that attention doesn’t suffer, our student tours are slightly shorter than the tours for adults at around 3 hours and 12 to 15 kilometers.

This way you avoid overlaps with other program items and have a full selection. Please let us know beforehand whether the wall tour by bike should be a more relaxed part of a graduation trip or whether educational aspects are in the foreground.

Questions that parents could ask

Berlin is a city with a lot of space. Our tour routes are carefully selected and mostly lead away from busy main roads via quiet side streets and bike paths. 50% of Berlin’s households do not have a car themselves, so they are also traveling by bike or public transport. Motorists in Berlin are used to cyclists. Nevertheless, it is important that all participants adhere to the road traffic regulations and the instructions of the guide.

Can students lose their group during the tour?

On tours with students, one of our guides at the top and another guide, or one of the accompanying teachers at the end, always drives, the students stay in between, the companions are dressed in orange safety vests for better visibility of the group. “Losses” are almost impossible. In all cases, students should have a teacher’s cell phone number or that of us.

Who is liable in the event of an accident?

What needs to be considered with the rental bikes?

We have touring bikes with 21 gears and city bikes with 3 gears and back pedaling. If possible, everyone should ride a similar bicycle, especially with regard to the brakes, like at home. The rental bikes are to be treated with care. In particular, curbs must not be used, jumps or unnecessary braking also lead to damage and unnecessary wear and are not permitted. Damage caused by willfulness or failure to follow these rules must be replaced by the students or their parents.

Is a helmet compulsory on our tours?

Helmets are not compulsory on our tours. But there are enough helmets available for large groups and can be provided free of charge on student tours. Please let us know in advance if the helmets are to be declared binding on your tour.

How athletic must the participants be?

Our student tours last 3 hours, during this time 12 to 17 kilometers are covered at a relaxed pace. This is also easy for inexperienced and poorly trained cyclists.

What about bad weather?

There is no bad weather in the capital. We provide rain capes for rain showers. In any case, students should make sure they have warm clothing. In spring and autumn the wind on the bike can be quite cool, gloves and hats increase well-being here – we can also provide gloves.
With short showers you can go to a café or briefly stand somewhere below. If it is really persistent and pouring, we alternatively offer a walking tour, e.g. with an inside tour of the wall memorial.

More offers for you 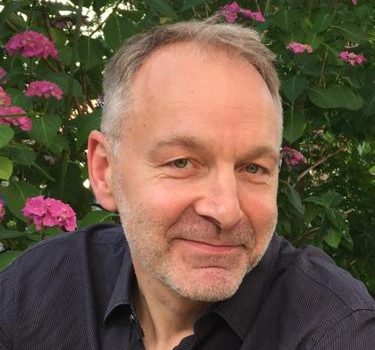